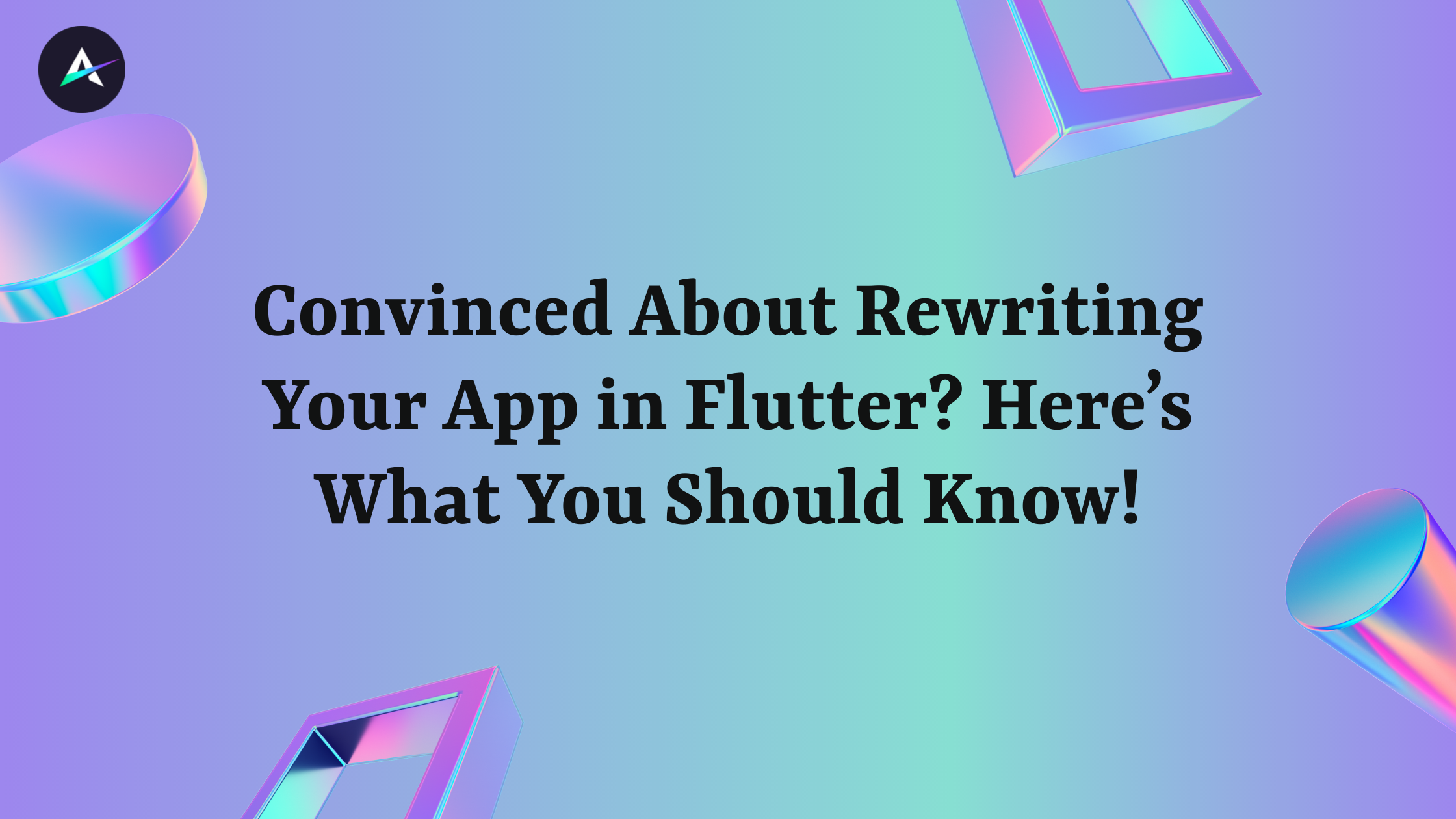 It is a no-brainer that with the unabated technology innovation, you need to constantly be on your toes, looking out for the next big thing. And when it comes to the business applications, even more.

Where businesses are reinventing services to provide end-users with better accessibility, interfaces, all in all, a better brand experience, a poor performing language or framework for your app development may kill your chances of success in a cut-throat market.

Rewriting a mobile application from scratch seems like a massive step, especially as it can halt the existing business processes. This makes owners skeptical about taking the leap. But rewriting applications to match the pace of client needs and the competition is a smart, agile approach that every business should consider.

With the introduction of Flutter toolkit, the rewriting process is convenient, and almost uninterrupted. And the result? Expressive, aesthetically pleasing UI’s.

‍It is a cross-platform UI toolkit for web and desktop applications. Complete with a framework, widgets, and tools, Flutter can be easily integrated into your existing application piecemeal, as a module, which can then be imported into your app.

To know how Flutter differs from other approaches, here is an explainer video about app development on the Flutter framework.  Also, before knowing more about the toolkit, let’s look at the cases for when rewriting in a new language may be the ideal thing to do for your business.

When should you go rewriting code?

Here are a few reasons why you should consider rewriting your mobile application in Flutter. Let's take a closer look.

1. When the code is written by someone else

This is usually the case when legacy code (a source code inherited from an older version of the software) is not well-written. Working on another person’s code isn’t an easy task unless it is well-documented with code comments and/or test-scenarios. A lot of effort and time goes into deciphering the pre-existing code, which is why rewriting is preferred.

2. Adding functionality/ features to a platform

At times, adding a required functionality or a feature to the application is not possible with the current framework/language of the project. In such cases, it’s always easier to rewrite the code with a more pliant framework or technology.

When developing applications that are meant for different platforms, it is a wise choice to rewrite the code with a framework that allows the deployment of the applications to multiple platforms. This helps in cutting down the extra man-hours.

For example, developing a native mobile app is a collaborative effort of 3-5 android developers, 3-4 iOS developers, and 5-7 web developers, - all of them writing the same functionality for different platforms. If the team instead decides to use a different technology like React or Flutter, it’s possible to get the job done with a total of 3-7 developers in a shorter time.

Note all the time and resources that you’ll be saving!

When should you go for refactoring code in a new development language?

Refactoring a code means restructuring the existing project’s functionality to improve overall performance. Refactoring does not change the code’s intended functions, and can be the best option to choose when you have:

In most cases, time is a critical factor while developing software as rewriting it with many active users might take a long time.  Time that could otherwise be spent to develop new features.

Rewriting a code can exclude some functions which were originally placed to fix a particular bug. But with refactoring, such exclusions can be easily tracked.

If your app is built on legacy code, refactoring should be done as a step-by-step activity within a longer period. This is because the legacy code isn’t easy to rewrite, given the dependencies on the code. But before you decide on using Google’s Flutter toolkit, it is imperative to weigh the pros and cons to help make a successful decision.

When is Rewriting in Flutter the Right Choice?

Here are some cases when you need to consider rewriting your app using Flutter.

1. You need to build MVP quickly

The term MVP stands for “minimal viable product”, which is a great way to assess ideas through feedback from the customer base. As Flutter framework supports multiple platforms (e.g., Android, iOS, web, etc.) from a single codebase, it is one of the best frameworks for building and launching products in the market with multiple platform support.

Consistency is the key to effective branding, as it improves the user experience and brand resonance. Flutter, quite brilliantly, aids to the objective with using a graphics rendering engine for drawing components on the screen. This makes sure all the components look exactly how you want users to see them.

Flutter toolkit provides out of the box tools, widgets and functionality for the developers, eliminating the extra effort put in searching for the 3rd party library by developers. Reflect is a great example of complex interactions and fun animations. Know about the impressive react-native to Flutter transformation.

Flutter believes in write-once and run-everywhere philosophy, which is the reason behind its efficiency in incorporating new changes or fixing bugs.

With Flutter, development processes take much less time compared to the native frameworks, which bring in efficiency and scalability.

When is Rewriting in Flutter Not the Right Choice?

Here are some cases when Flutter could be not handy solution for you.

When the application requires a lot of memory-sensitive functionality, native frameworks might be preferred. It means that CPU, GPU, or RAM usage is lesser in apps built with native frameworks then with Flutter.

Also, in terms of app size, the apps built with Flutter take more space. For instance, a hello world application takes around 4MB in Flutter but takes only ~500KB when built with the native android framework.

It is mainly because the Flutter app contains dart and C++ libraries to run the app which takes a bit of extra space.

2. Extreme differences in UI between platforms

If you need the application to have different look and feel across platforms, then Flutter toolkit may not prove to be the right choice. As it does not use native components for the UI, it will require creating unique components for each platform.

3. Direct support for some functionality not provided by Flutter

As Flutter is relatively newer, some of the functionality may not be available for it yet.

4. May not prove to be cost-effective

If you are on time or budget constraint, or if your team isn’t familiar with the workings of Flutter, choosing native framework might be a more viable option for faster iterations.

Flutter framework, although new, has proved to be a game-changer when it comes to cross-platform solutions to app development. Not only has it made the development process simple and nimble (because every UI element on Flutter is a widget, the application layout is so easy to work with), but it has also offered flexible, customisable UI’s.

This is why Flutter is increasingly becoming the preferred choice for both consumer as well as enterprise app development projects. 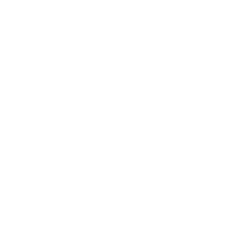 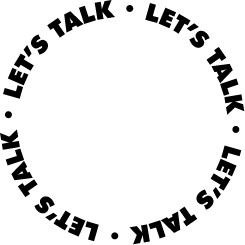 Got questions or comments about rewriting your mobile app in Flutter? Let's talk

How quick can I get MVP with Flutter?

Based on the defined MVP development scope we can provide more clear estimation. However, for an app, this process usually takes approximately 1 month for a team consisting of 1 frontend, 1 backend and 1 project manager. At Apex Labs we deliver MVPs in record time, our fastest was delivering the first version of the product in 10 days after starting development. Contact us for case-specific estimations! 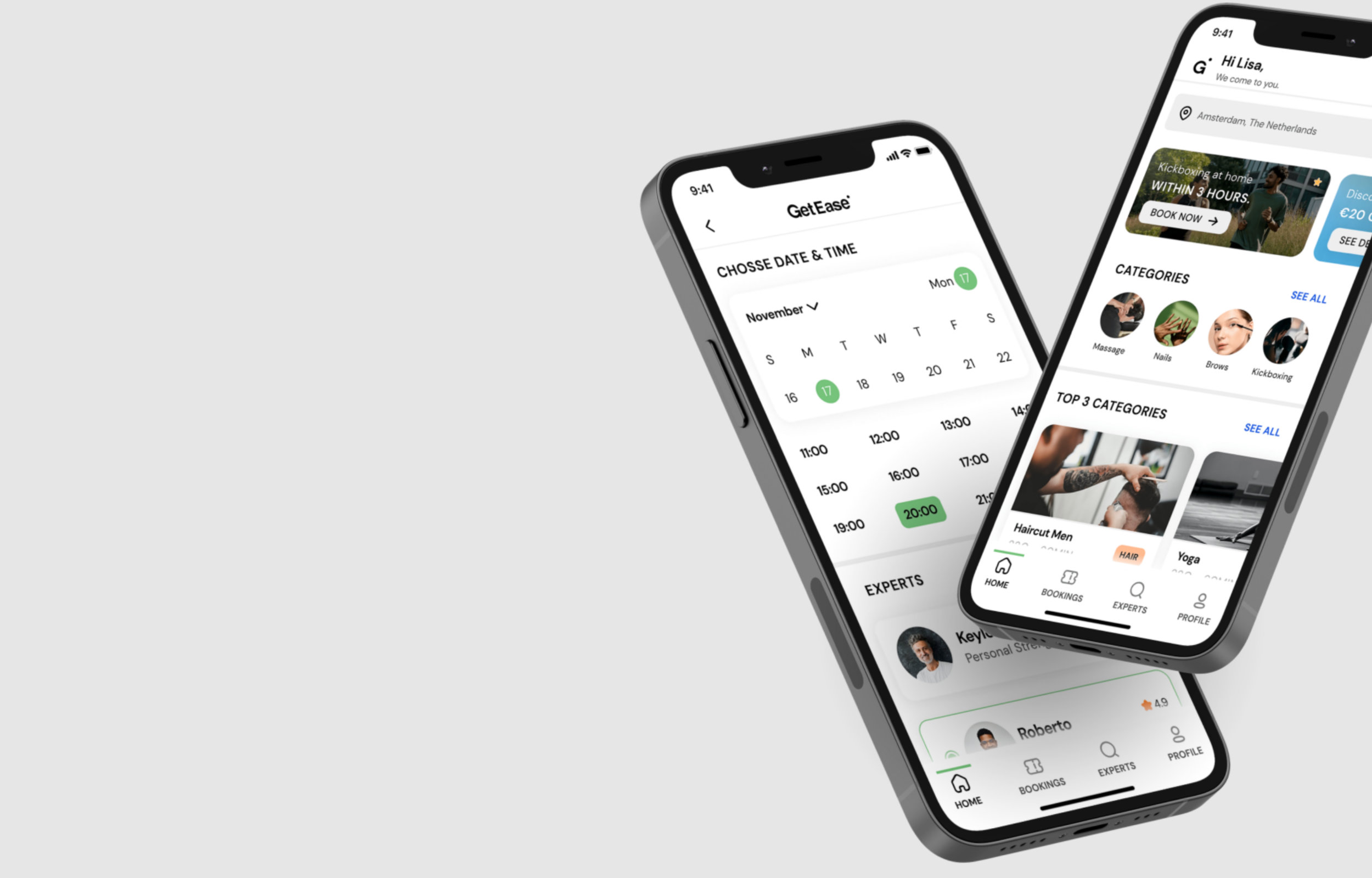 GetEase & Apex Labs: CTO as a Service as the Key to Startup Success 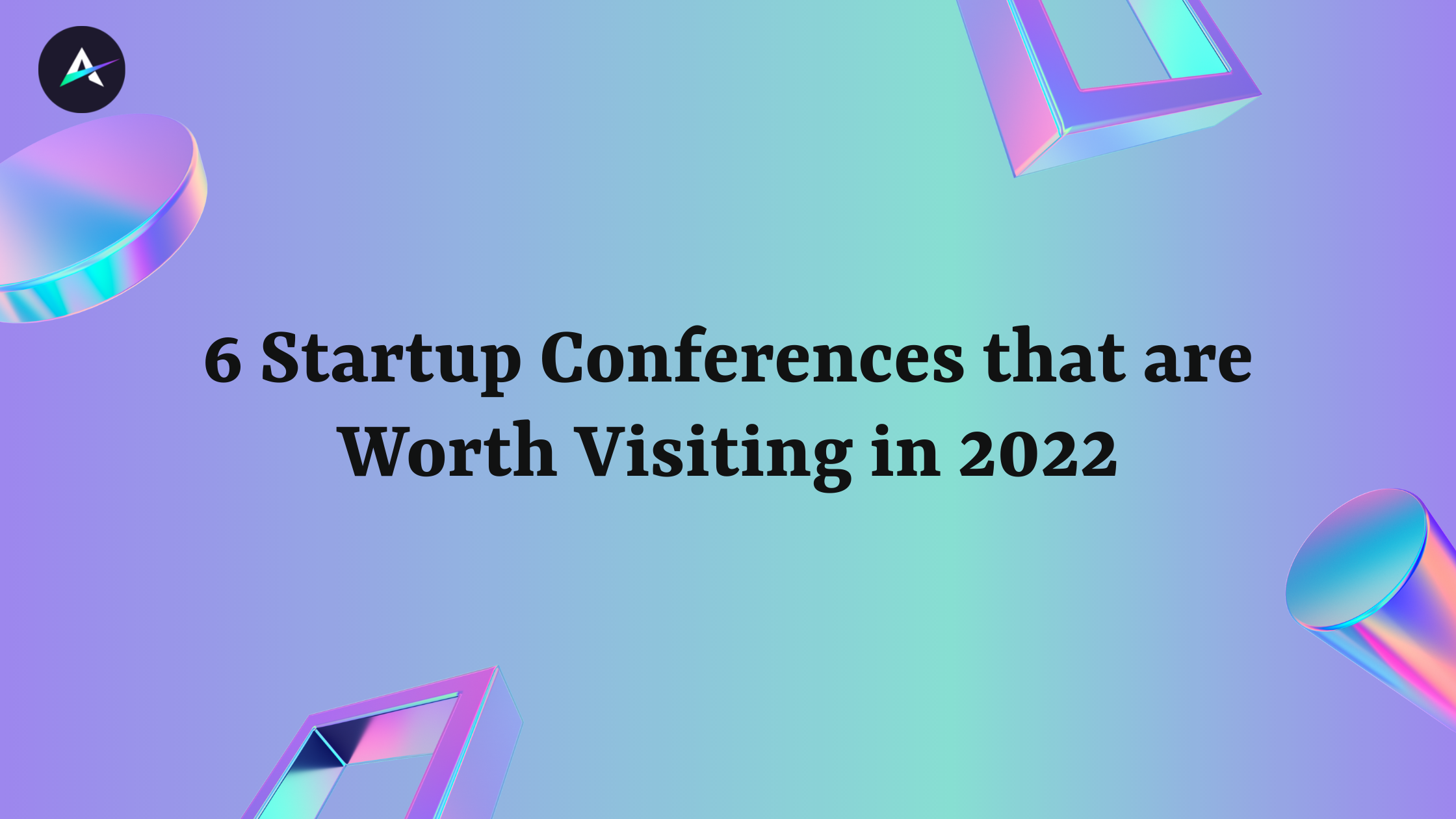 Top 6 Online and Offline Events that Startup Founders of all levels and Stages Must Attend in 2022!